A plague is descending on the world…

…as crazy as that sounds, we should make one thing clear: I am not a liar. Quite the opposite, in fact. You will notice—as I chew the fat, compose, consider, or whatever you want to call this—that two intense and mundane mini-epics are materializing simultaneously. It is not an uncommon duality, especially in a time of plague. It is what so many call “madness.” At first, the stories may seem distinct, that there are two…well, you can’t call them protagonists. Two antagonists?  two anti-heroes?  two tragic heroes? two tragic-antiheroes? Whatever it is you want to call the main character, the fact is—and it is the most important fact for you to know—what is happening to him is not the time-travel to parallel universes that it appears to be; it never is. Whether you call it “madness” is up to you. 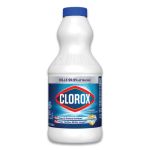 At the risk of seeming too dictatorial about your experience in this space, don’t get caught up with inexactitudes, inconsistencies, non-binaries, or unlikelihoods: in a global plague, impossibilities happen all the time. While we’re at it, don’t get too bent out of shape about the obliviousness, contradictions, and willful ignorances of our person: Julius. And if you’re looking for symbols or metaphors or parallels or motifs, you may find them. But I wouldn’t hold out hope that Julius will also observe these devices. You see, the fellow I am going to tell you about is not too observant. This isn’t to say he’s stupid; it’s just that Julius is not attuned to such things and will therefore never see symbols or metaphors or parallels or motifs. To be more accurate, he does see them, but he will either move quickly past their significance altogether, or he will misinterpret them. Put another way, Julius rarely sees the things that have flashing neon arrows pointing at them; even more rarely does he see things that have peacock feathers coming out of their ass.

But, dear audience, critic, witness, or whatever it is you might call yourself: you yourself will see things you wish Julius would see. This is all we can hope for. But even in this most extraordinary time of imminent global plague, there is little hope for Julius.

As to what or who or where or why I am, well, suffice it to say that I am the only way a story like this can happen.

Now that we have those things cleared up, a plague is descending upon the world.